In this five-part series on the preaching posture of Waterstone, we are discussing the core values of our preaching team, that is, the kind of preaching and preacher to which we aspire. In the previous blog, we talked about our first value – humility. The second value of preaching at Waterstone is love. Frankly, it is this value that motivates long listening. 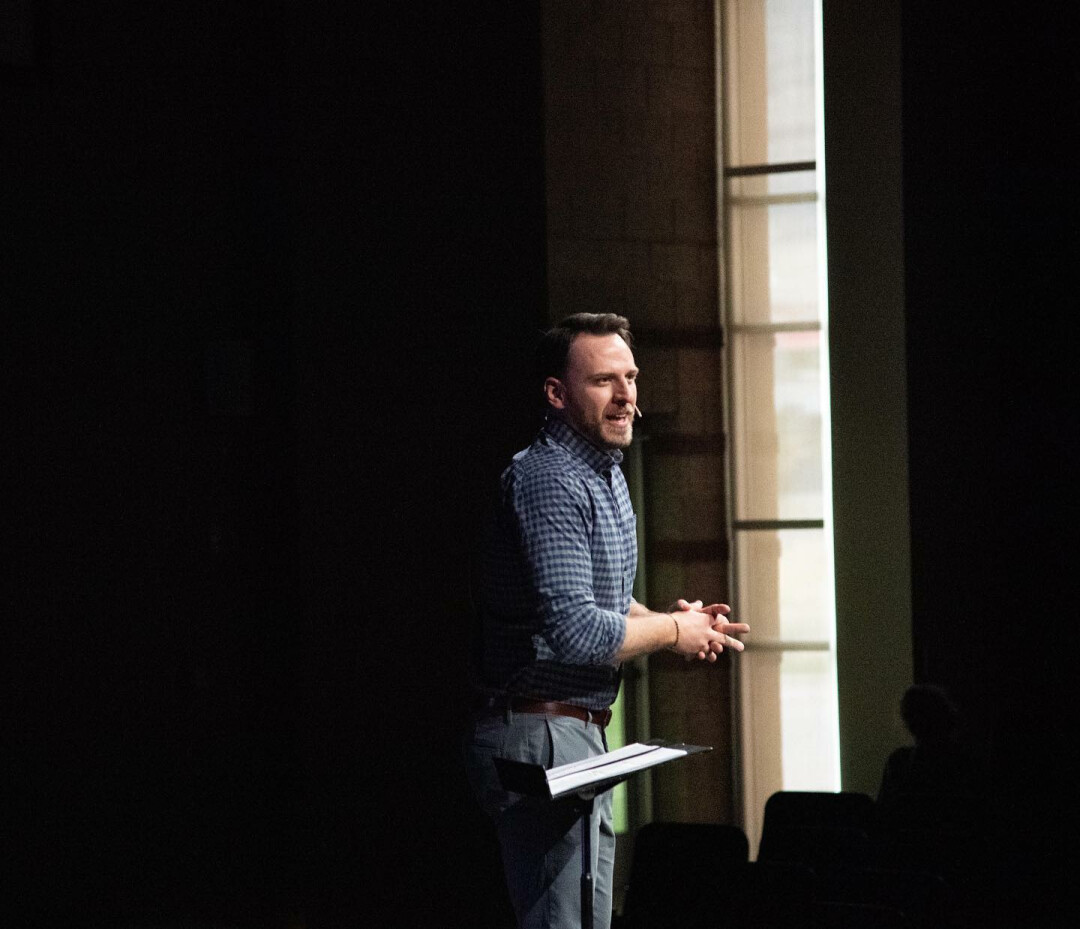 “9 in 10 Evangelicals Don’t Think Sermons Are Too Long” says a recent headline in Christianity Today.[i] The article goes on to share research that reveals:

If anything, [evangelicals] would like to see more in-depth teaching from leaders. They aren’t bothered by too many messages on giving. They don’t think social issues and politics play an outsized role in the teaching… And younger evangelicals are the ones most likely to want more in-depth teaching from their churches. Evangelicals under 40 are twice as likely as their seniors (39% to 20%) to want more substance from the pulpit.

The article references 2019 Pew Research Center analysis that discovered the average evangelical sermon is 39 minutes long, while sermons in historically Black churches tend to be longer, around 54 minutes. As Mark Dever, a pastor in Virginia has said, “A sermon should be as long as a preacher can well preach and a congregation can well listen.”[ii]

In this five-part series on the preaching posture of Waterstone, we are discussing the core values of our preaching team, that is, the kind of preaching and preacher to which we aspire. In the previous blog, we talked about our first value – humility.

The second value of preaching at Waterstone is love. Frankly, it is this value that motivates long listening.

Love. This value seeks to hold two leadership axioms in tension so that preaching is better heard and received. The first axiom is from Rabbi Edwin H. Friedman:

The colossal misunderstanding of our time is the assumption that insight will work with people who are unmotivated to change. Communication does not depend on syntax, or eloquence, or rhetoric, or articulation but on the emotional context in which the message is being heard. People can only hear you when they are moving toward you, and they are not likely to when your words are pursuing them. Even the choicest words lose their power when they are used to overpower. Attitudes are the real figures of speech.[iii]

Leadership is often a matter of failing people’s expectations at a rate they can stand.[iv]

Put together these axioms call for the preacher to be likable. The concern is not for the preacher to gain the congregation’s liking, rather the listener thinks, “This preacher likes me.” No doubt, we will annoy people some of the time (hopefully it is the explained-text that annoys people, and it happens more often than we would like), but a preacher understands that it does not matter how wise you are or how good a communicator, if people don’t inherently believe that you are for them, you won’t be an effective preacher. This reality, of course, presents huge opportunities for manipulation, idolatry and narcissism in every preacher. Yet it is still a fundamental rule of communication. There is an element of performance in any sermon, but fundamentally people should sense from the preacher and say of him, “This person cares for me,” and “She is the same on the stage and off of it.” If people see that the preacher is genuine and practiced in love, and if they sense he or she cares for them, they will be more inclined to open their hearts to the 39 minute message.

This value of love describes the approach of the apostle Paul’s preaching. In a paragraph in 2 Corinthians 11:5-11, Paul states, “I may indeed be untrained as a speaker…” In fact, throughout his letters, Paul gives his preaching acumen low marks compared to the other apostles. Yet the 2 Corinthians 11 paragraph ends with Paul saying, “As surely as the truth of Christ is in me, nobody in the regions of Achaia will stop this boasting of mine. Why? Because I do not love you? God knows I do!”

And so did the Corinthians.

George Buttrick was the pastor of the historic Madison Avenue Presbyterian Church during the mid-20th century. He made a practice of inviting ten seminary interns to a church member’s Fifth Avenue penthouse after the Sunday evening service. Buttrick would light his pipe and ask, “What do you want to talk about tonight?” One evening a student asked him, “What’s the most important thing you do for your sermon preparation each week?” Without hesitation Buttrick responded,

For two hours every Tuesday and Thursday afternoon, I walk through the neighborhood and make home visits. There is no way I can preach the gospel to these people if I don’t know how they are living, what they are thinking and talking about. Preaching is proclamation, God’s word revealed in Jesus, but only when it gets embedded in conversation, in a listening ear and responding tongue, does it become gospel.[v]

I knew it. It’s love that goes long.

You exemplify care and love to me and my family! I support the statements above. It is helpful to have my subconscious feelings written and realized. My belief that you care about my growth in Christ makes your words truthful and inspiring.

Hello Larry, I just want you to know I appreciate these blogs.
As I was reading this one, I was remembering a conversation I had with you more than two years ago, just before you were going to preach the Christmas eve service (and I am confident your mind was already completely full with everything that needed to be done). I was upset about my son who was suicidal, and you listened for a moment and acknowledged my pain. But many months later, you asked about him - you remembered. I think that was the first time I actually thought of you as my pastor, not just the pastor of the church I went to.

Interesting balance. Buttrick's service fueled his sermons - his practices of love fueled his words from the pulpit. Interesting also that he dedicated 2 hours 2 days a week. Sounds like he understood the balance I constantly search for of mercy and justice; God's work and mine. Thanks for making me think, Larry!