An effective preacher understands that the gospel is about people experiencing grace, forgiveness, healing, redemption and freedom. We walk in the Psalm 51 grace of God and will err on the side of inviting all violators into the Kingdom over trumpeting religious rules and keeping up appearances. 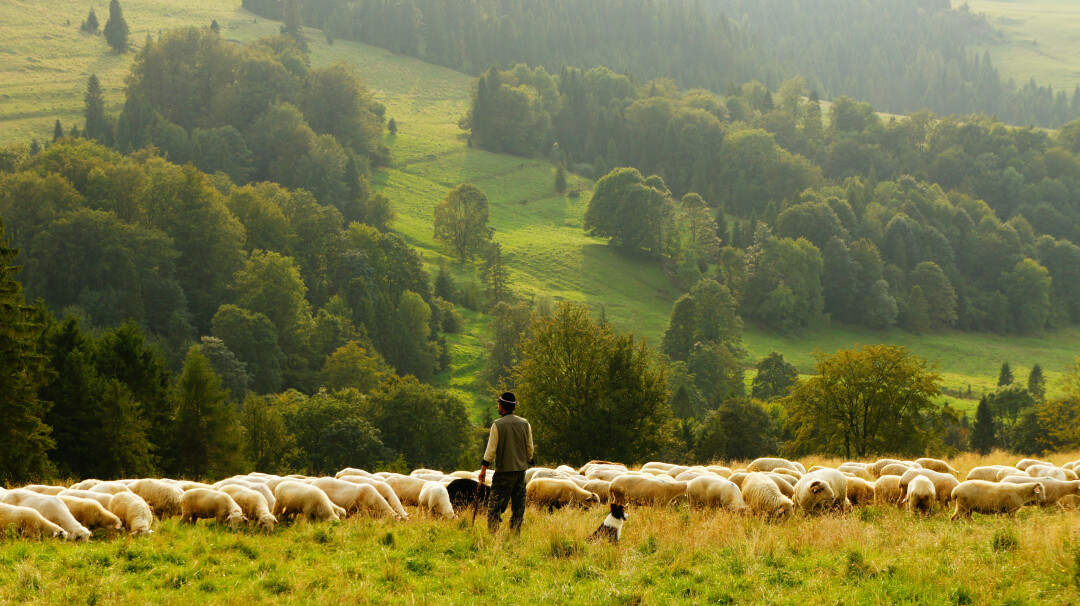 In this five-part series on the preaching posture of Waterstone, we are discussing the core values of our preaching team; that is, the kind of preaching and preacher to which we aspire. In the previous blogs, we talked about our first two values: humility and love. The third value of Waterstone preaching is the very heart of it—grace.

This value of grace commits the preacher to being a struggling sheep instead of the substantial shepherd. Too many pastors believe we are exempt from “sheep status” and act as if we are always and only the shepherd. Jesus is the good shepherd; we are his sheep. Our job is to hear the Shepherd’s voice. We are fully human like the people we preach to. Preaching, training, exegesis, listening to God does not change our status from sheep to shepherd. We suffer the same foibles and sins as our people, and we ought to posture our message as coming from the one most in need of hearing it. In other words, we must relentlessly model receiving grace and being affected by the gospel. We never get over the grace of the gospel.

Like David. We remember David, man after God’s own heart, who with his power of position wills a stunning sex and murder crime. Shortly thereafter, God sends a prophet named Nathan to meet up with David. Nathan tells David a short, simple sheep story. It goes: A rich man decides to have guests over. Instead of making lamb chops from one of his thousand sheep, he arrogantly takes the pet lamb of a poor man living down the street.  He kills that lamb and serves it up.

David is rankled by the story; his rage sends soldiers’ curses upon the fictional rich man. But then Nathan makes the rich man real: “You are the man.”

In this sentence, as much as any other words David voiced, we see the heart that belongs to God. In this one statement lies the reason God loved David so much. David’s heart had gospel elasticity. David is marked by a willingness to snap back to his right place before the Lord. When he is confronted with his own sin, his response is not to run, not to blame someone else, not to cover or cower. He faces his sin, owns it, and puts it where it belongs—before the LORD.  David confesses his sin.

Sometime following this Nathan-encounter, David reveals his confessing heart in more detail when he writes a song that we know as Psalm 51. One of the features of this song is David’s plunge into grace.

Psalm 51 uses only four different Hebrew verbs to name the sin. But there are 19 different verbs used to declare God’s forgiveness and restoration: “wash, cleanse, blot out, create, renew, restore, grant, save, …”

An effective preacher understands that the gospel is about people experiencing grace, forgiveness, healing, redemption and freedom. We walk in the Psalm 51 grace of God and will err on the side of inviting all violators into the Kingdom over trumpeting religious rules and keeping up appearances. The Waterstone preacher is mindful that the people of Waterstone (including and especially the preachers) have experienced every form of sin and brokenness and are experiencing it now. Therefore, as we stand before our congregation, we can imagine and empathize with the man who snuck in his porn-glances before coming to church, the teen who is bored, the couple who had a fight, the woman who lost her job, the single wondering if he will ever get used to sitting alone in worship, the person wondering if Christ or Waterstone is for them, as well as the people who are excited to be there. As Plato wrote, “Be kind, for everyone you meet is fighting a hard battle.”

Factoring in the grace that covers the above battles (ours and our peoples’) during preparation will make sermons stronger by grace such that every message is an invitation: “Restore to me the joy of Your salvation and grant me a willing spirit, to sustain me” (Psalm 51:12).

Larry,
Thank you again for your blog.
A diamond has many facets. I see Psalm 51 through a new facet, thanks to your words. That plunge into Grace is so delicious to a thirsty soul.
Thank you. Ruth